Shoe and Clothing Industries in Nantwich

Leather has always been produced in the town, but by the 1860s, shoe making reached its peak and one third of men and a sixth of women being involved in the production of shoes and workman’s boots.Nantwich boots and shoes were transported to cities such as Manchester and Birmingham. The last tannery to close was Harvey’s Tannery in 1972. There’s more information about leather production in Nantwich Tanneries and more shoe making in Nantwich Shoemakers.

By the end of the Victorian period, people were leaving cottage industries to work in factories. 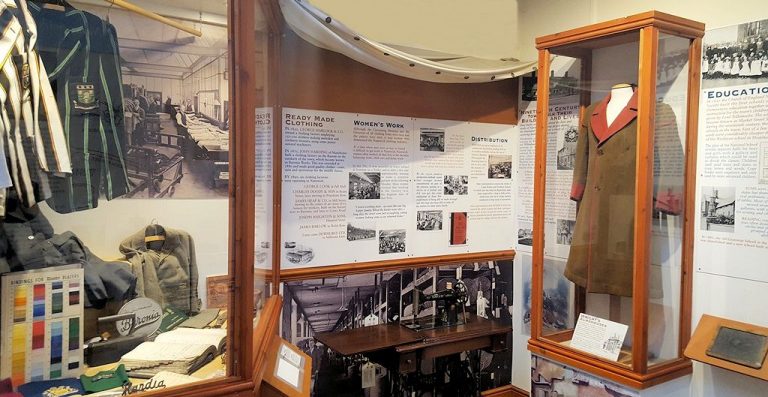 You can also find out more in Lost Houses in Nantwich, and in our museum.