The almshouses (which are currently situated on Beam Street in Nantwich) were built for Edmund Wright in 1638. Edmund Wright was born in Nantwich, but moved to London where he became a very successful business man. He became Lord Mayor of London and was later knighted by King Charles I. However he never forgot the people of Nantwich, and gave this building for the poor in his home town.

The almshouses were originally situated on London Road, near to where it meets Hospital Street. They were built  to house six poor old men, in separate apartments. The men were each given a warm gown of brown cloth, faced with red, every alternate year, and a new shirt and a pair of shoes every year. They had a small garden and received an annual pension of four pounds.

There were strict requirements for the people who stayed there. They had to be single men, and Joseph Partridge (in his An Historical Account of the Town and Parish of Nantwich, 1774) tells us:

Whenever a vacancy happens in this Hospital, if a candidate offers of the name of Wright, he is to have the preference, provided his other qualifications are equal; which are, that he be a native, above the age of fifty, poor and unable to get his living by labour, of honest behaviour, and sober conversation, and lastly, that he be a member of the Church of England.

On the wall there’s a coat of arms featuring three bulls’ heads. 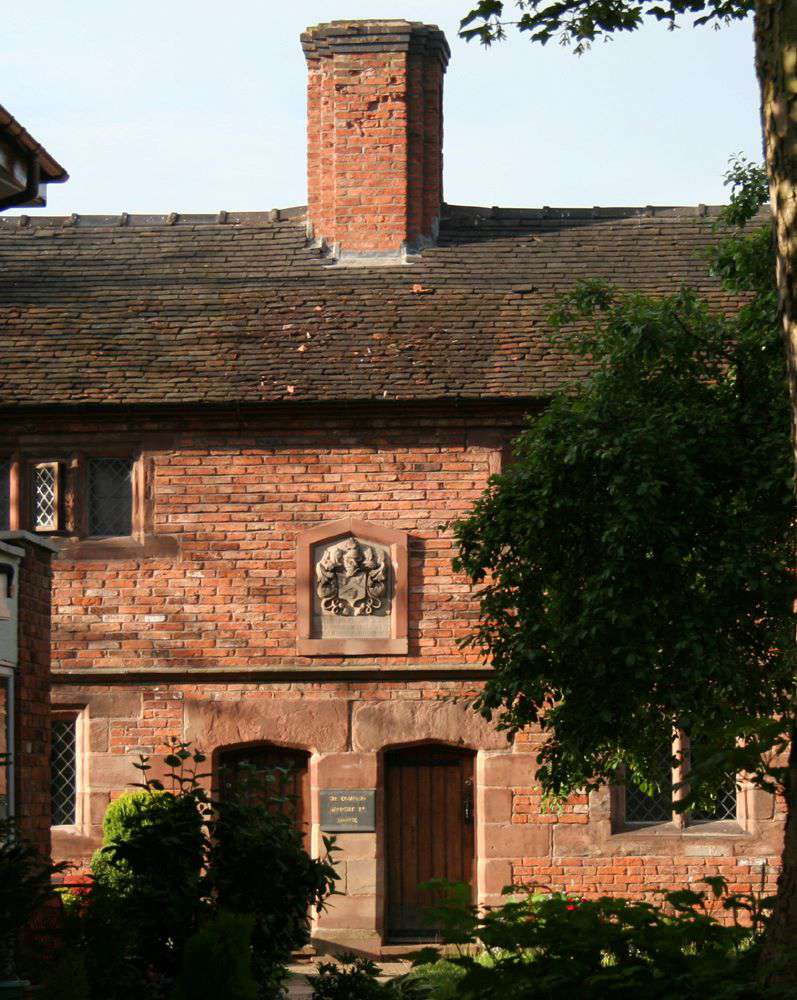 This is the Bulkeley coat of arms, the Wright family did marry into the Bulkeley family. The Bull’s Head (next door) was named after the Almshouses. The inscription, carved in stone reads:
“SR- EDMVND WRIGHT KT. BORNE
IN THIS TOWNE SOLE FOVNDER OF
THIS ALMESHOVSE A’NO DOM. 1638.”

In 1666 the trustees built this fine archway, which commemorates Sir Edmund Wright:

The gateway and front wall, which were originally built nearer to the houses, were re-built to the position shown in the above illustration in 1837.

By the 1960’s the building was in very poor condition. 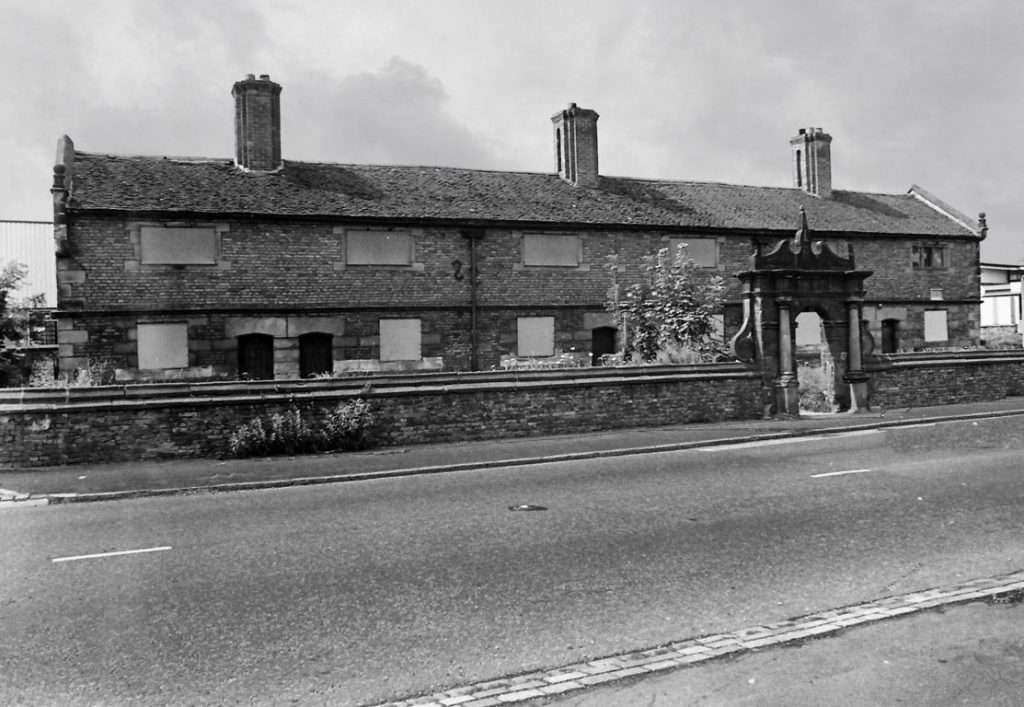 In 1975 the building, and the gateway, were renovated, and rebuilt where it’s currently situated on Beam Street. It’s adjacent to the Crewe Almshouse. A new building was also built then, connecting the Crewe and Wright’s Almshouses.  They offer no cost or low cost housing to people who qualify in the Nantwich area, see here for details.