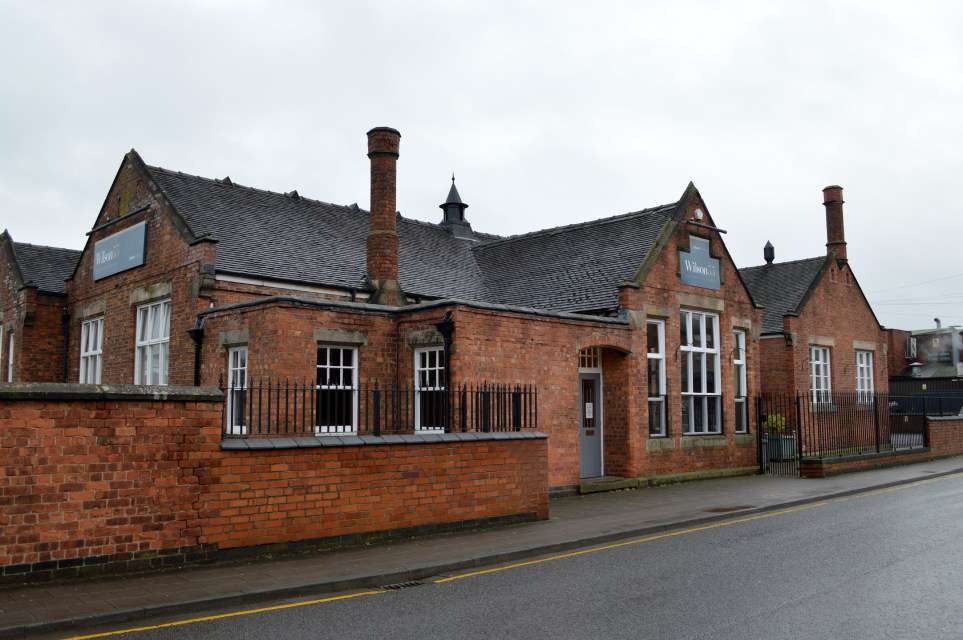 This building on Market Street, Nantwich, is currently occupied by Wilson55 Auctioneers & Valuers. This company of  fine art auctions and valuers get their current name from the the fact that they have been trading since 1955, and have been in this building since 1977.

However the building was originally a school, called National Sunday School.  An advert on 01 January, 1836 appeared in  the Chester Chronicle:

Nantwich Charity Ball.
THE public are respectfully informed, that a BALL under the Patronage of the Gentry of Nantwich and the neighbourhood, to promote the building of a NATIONAL SUNDAY SCHOOL in that town, will take place at the Crown Inn, on Wednesday, the 6th January, 1836.

This school has had a variety of names over the years, including Church of England School, Market Street Elementary, and National School. It was opened in 1837, on land donated by John Tollemache. You can still see this plaque on the building today, as this view from the Civic Hall car park shows: 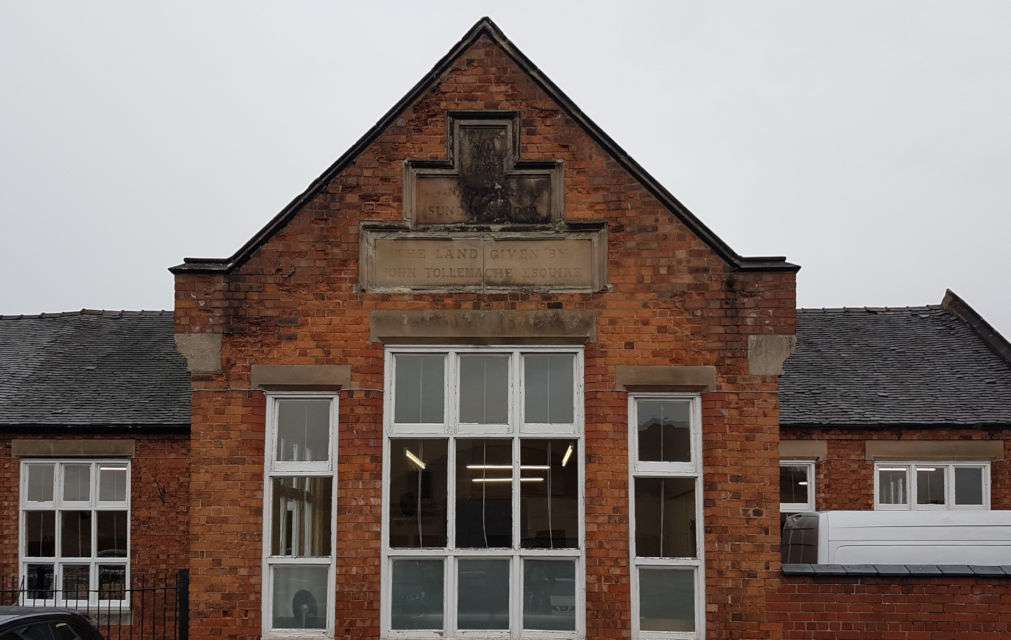 From 1839 to 1859, local historian James Hall tells us that the Nantwich Auxiliary of the Bible Society used to hold meetings at the school.

In 1871, Hall tells us the Church Infant School was also built in Market Street.

This map, from 1897, shows its position between Market Street and Crowsfoot Lane: 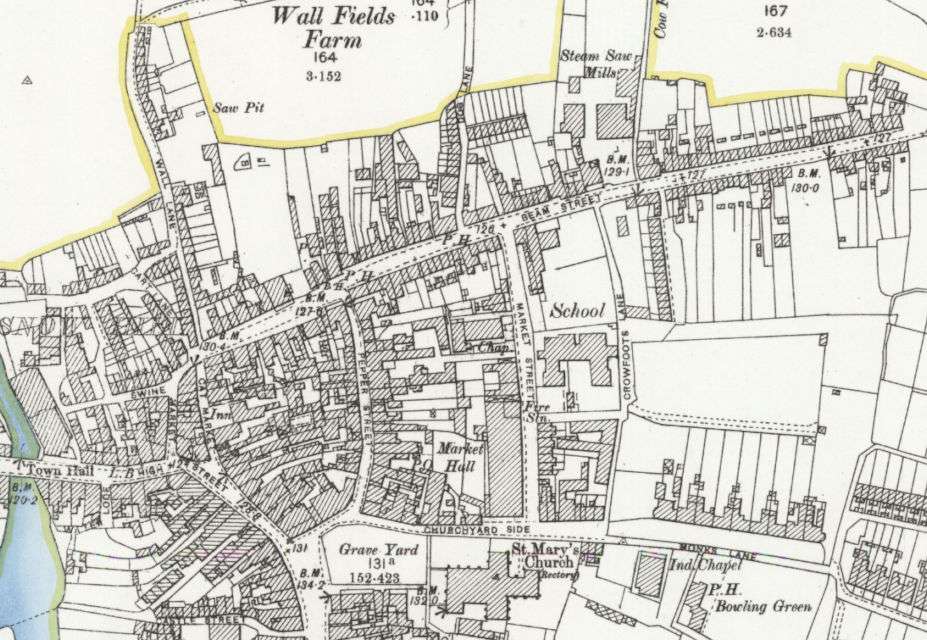 Reproduced with the permission of the National Library of Scotland

The 13th S. W. Cheshire, 3rd Nantwich Scout Troop (Central School) was based at the Market Street school. The Scoutmaster was Ernest Ankers.

This picture came from the late Robin Gray, whose father is on it. Nantwich Museum would like to thank his wife, Janet, for allowing us to use it. We thought that this must be the earliest Nantwich Scouts but we were wrong. Gerald Newbrook says that he came across a reference to 16 scouts with Scoutmaster Mr Glover from the Nantwich Workhouse, camping at Ecclestone, Chester, in August 1911. These must be the earliest scouts found so far.

The headmaster, Mr Henry Colin Barker, is on the left. 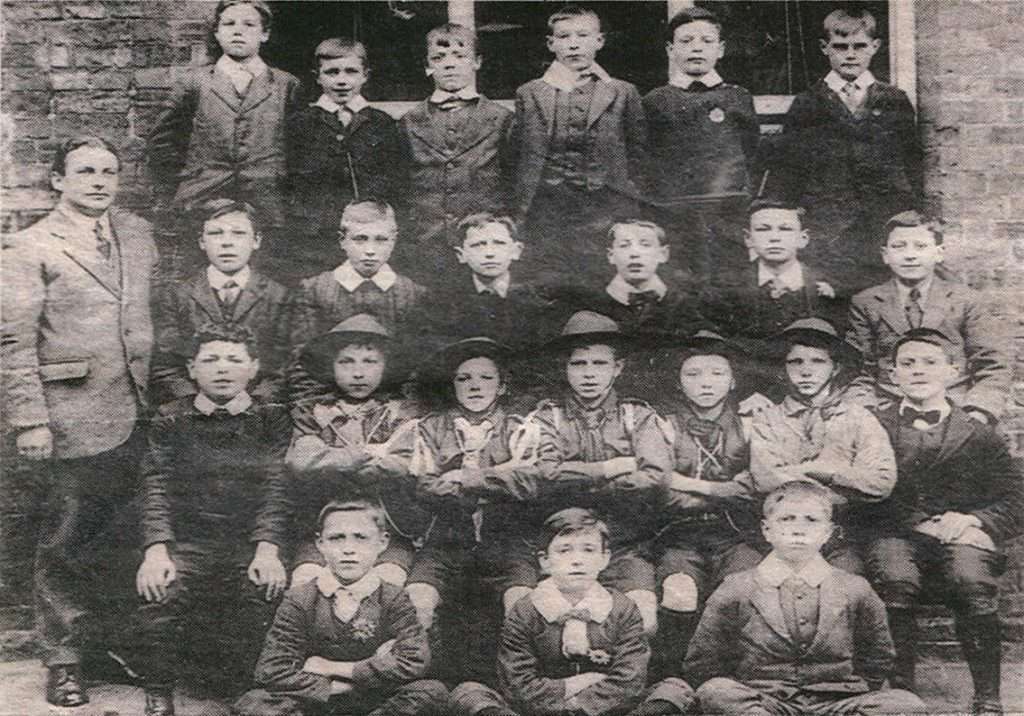 Here is another photo of the school, from 1934.

If you have any information about this school, we would love to hear from you.