In John Weld Platt’s History and Antiquities of Nantwich, in the County Palatine of Chester, published in 1818, he makes reference to a Priory at the end of Welsh Row. This was erected by the Abbot and Cistercian Monks of the abbey of Combermere.

“Opposite to the priory was situated the lazar house, called St. Laurence’s Hospital though in several deeds, it is stiled Domus Leprosorum.

The site of these buildings is a disputed point; many gentlemen have entered the lists, and displayed considerable acuteness in the logical disposition
of their arguments. As far as I have been enabled to investigate the disputed point, they have darkened, rather than elucidated the subject. It has been
generally supposed, but upon what authority, I know not, that the priory and lazar-house were one.

—In my opinion, they are two very different places. The one is a house for the reception of the diseased;
A place Before his eyes appear’d, noisome, dark,
A Lazar-House it seem’d, wherein were laid,
Numbers of all diseas’d.”
—MILTON.”

The next hospital in Nantwich was part of Nantwich Workhouse. In 1890-91, the Nantwich Board of Guardians arranged for an infirmary to be built. The building still stands today, and is now called Frederick House. The hospital cost £4,500 and had 70 beds plus day rooms for convalescents and separate wards for special cases.

Under the Local Government Act, 1929. Boards of Guardians were dissolved, and their buildings and functions transferred to the Local Authority in 1930. Since the Workhouse and Infirmary occupied the same site, County Council decided that the Infirmary not be usefully appropriated for hospital purposes; so the whole was designated a Public Assistance Institution for treating the (chronic) sick poor, under the management of the Public Assistance Committee.

In 1930, it had 124 beds. In 1935, the council introduced a new scheme to allot particular types of cases to particular Public Assistance Institutions; the Barony was appropriated for acute medical, maternity and a proportion of chronic cases.

On the outbreak of war in 1939, part of the site was appropriated for under the Emergency Medical Service and a hutted hospital of 240 was erected.

With the introduction of the National Health Service in 1948, the hospital was transferred to the management of the South Cheshire (Group 20) Hospital Management Committee, part of the Regional Hospital Board. The Committee established its administrative offices in the Hospital. This hospital was general practitioner staffed by members of the Munro practice at Kiltearn House in Hospital Street.

The Ravensmoor Smallpox Hospital opened in 1901, following an outbreak of Smallpox. had four beds. There is no record of any smallpox cases being admitted after 1904, doubtless due to the success of the compulsory smallpox vaccination programme. It later became known as Ravensmoor Isolation Hospital. Along with Alvaston Isolation Hospital, it was run by Nantwich Joint Hospital Board. It was taken down circa 1959.

The Alvaston Hospital, known locally as ‘Isolation’ was built on land bought by the Nantwich Joint Board from the Trustees of the Beam Heath Estate. It was for a time an adjunct to Crewe Memorial Hospital until 1972.

The Nantwich Cottage Hospital came into being and was subsequently maintained by local voluntary effort. The hospital opened in April 1911,  and closed in 1972.

Many local people were born at the Cliffe Maternity Unit at Wybunbury. This property originally belonged to the Delves Broughton family (hence the resemblance to Broughton Hall).

A report in the Manchester Evening News, on the 6 August 1947, entitled “Stork Had Waited Two Years”, tells us:
“After two years of negotiation the new Cheshire Count Council maternity home at Wybunbury, former home of Captain and Mrs R. H. G. Tatton opened at 8 o’clock this morning, and at 9 10 am the first baby was born a girl weighing 5lb. 9ozs. The matron Miss H. King, said the baby and her mother, Mrs M. Williamson, of South Crofts, Nantwich, were quite comfortable”. 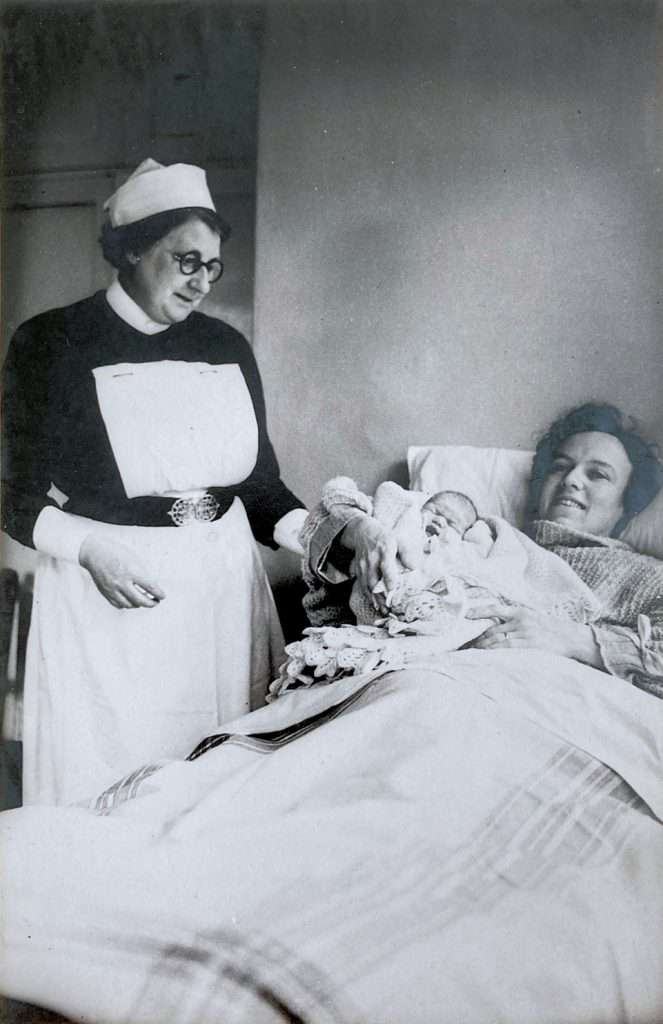 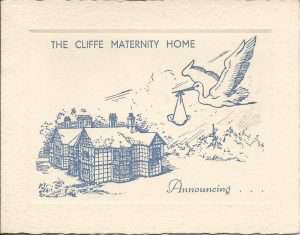 The first matron, Miss H. King, had been evacuated from the Royal Northern Hospital in London to Neston during World War 2, to avoid bomb attacks.

In the early 1960s, the roof of the building was found to contain wood beetles, which had caused structural defects. Initially the Manchester Regional Hospital Board had hoped to keep the home open on a reduced basis, using the ground floor only. However, after a further architectural inspection, the Board ruled that the closure must be complete. The last baby born in The Cliffe Maternity Home at Wybunbury was Steven John Williams, the son of Mr. and Mrs. J. Williams, from Millfields, Nantwich. He was born on 20 January 1961.

A report in “The Crewe Chronicle”, on the 04 February 1961 , tells us that the matron, Miss M. C. Bishop, said:
“All the staff and I are really sorry that The Cliffe has had to be closed down. We know that many former patients will share our regret. Although, of course, we have had to work by regulations, the atmosphere at Cliffe has been of a home rather than a hospital, and really we have been like a family.”

In the twelve years that it was open, 7,ooo babies were born at The Cliffe. When this hospital closed, some staff  went to Linden Grange, in Crewe, where a nurses’ sitting room was converted to provide six extra beds. Other staff were transferred to Crewe Memorial and Isolation hospitals. where there were staff absences due to a flu epidemic.

By April 1961, a new maternity department had opened at the Barony Hospital in Nantwich. It was housed on the first floor of the hospital’s “A” block. In the previous month, the South Cheshire Hospital Management committee resolved that the unit should be called “The Cliffe Maternity Unit Barony Hospital,” and that Miss M. C. Bishop, who was Matron at The Cliffe, should continue to be designated matron with authority to engage staff. 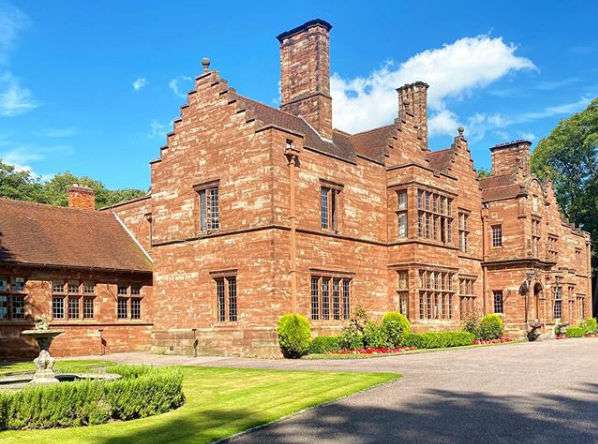 Wrenbury Hostel was based at Wrenbury Hall and a hospital was opened here in 1921, for patients with tuberculosis. In later years it became a hospital for the mentally ill.

Cranage Hospital was based at Cranage Hall, and was another hospital for the mentally ill.

The first hospital in Crewe we believe was Crewe Isolation Hospital. For more information click here.

Crewe even had its own Railway hospital. For more information click here.