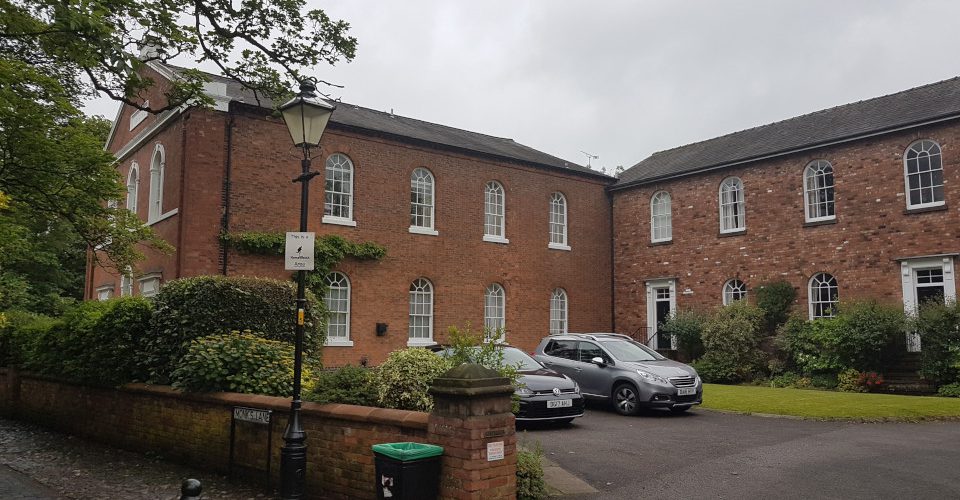 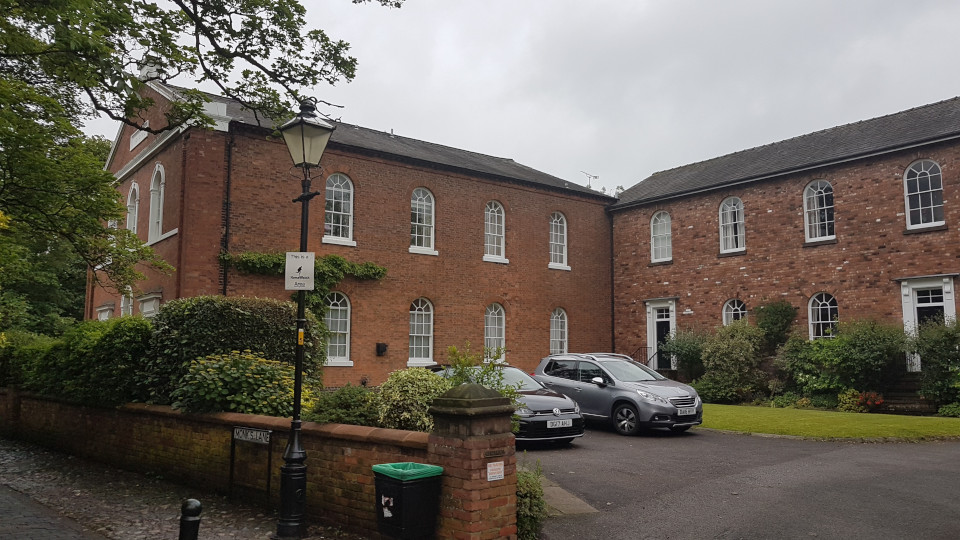 Nantwich Congregational Church is situated on Monks Lane, very close to the centre of Nantwich (and also St Mary’s Church). This building was erected in 1842, at a cost of £2,200. The building was designed by George Latham, a Nantwich architect.

The church originated with the itinerant preaching of Captain Jonathan Scott and first met in 1780 in a converted coachmaker’s shop in Barker Street. The old Chapel was retained as a Sunday School, and for week-day services.

This 1851 map shows the Independent Chapel on Monk’s Lane, 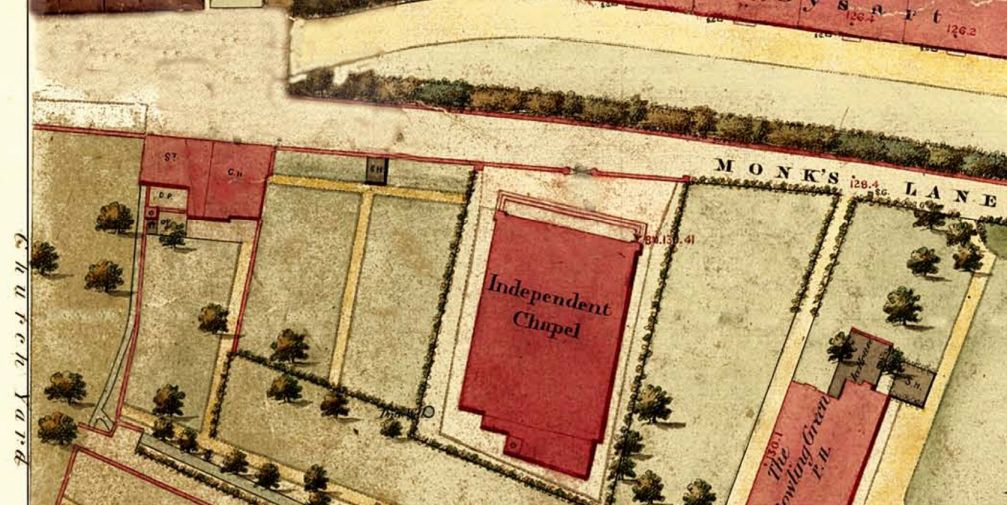 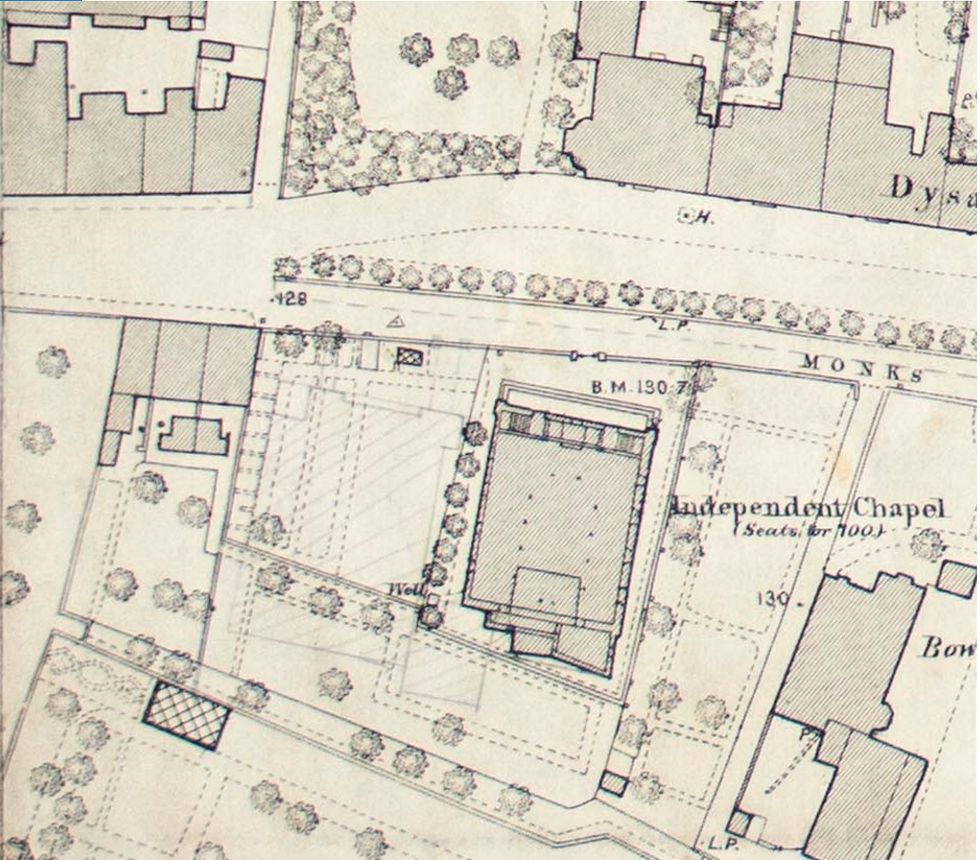 In January 1880 the congregation sustained a severe loss in the death of Miss Janet Ramsay, of Dysart Buildings, Nantwich, who for sixty years had been a most liberal supporter, not only of the Congregational Church, but of other good objects outside her own denomination.

Besides contributing very largely towards the erection of Monks’ Lane Chapel, she bore the sole expense of enclosing the garden (given by her brother, Gilbert,) and Chapel with a substantial wall in 1861; in 1871 she invested £700 in Manchester Corporation Bonds, the interest to be perpetual annuity in augmentation of the pastor’s stipend; and in 1875 she presented the congregation with a very fine-toned Forster & Andrews organ (opus nr. 672). 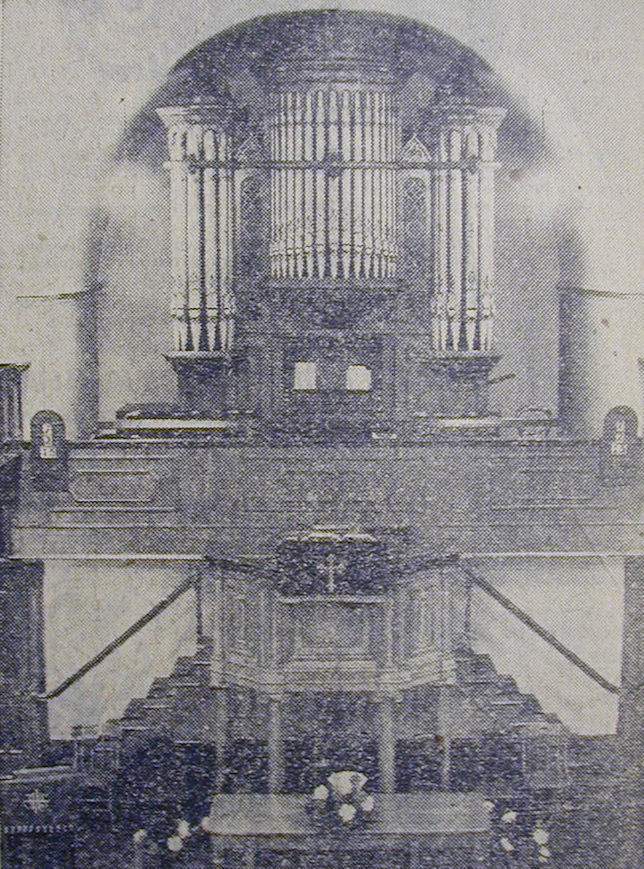 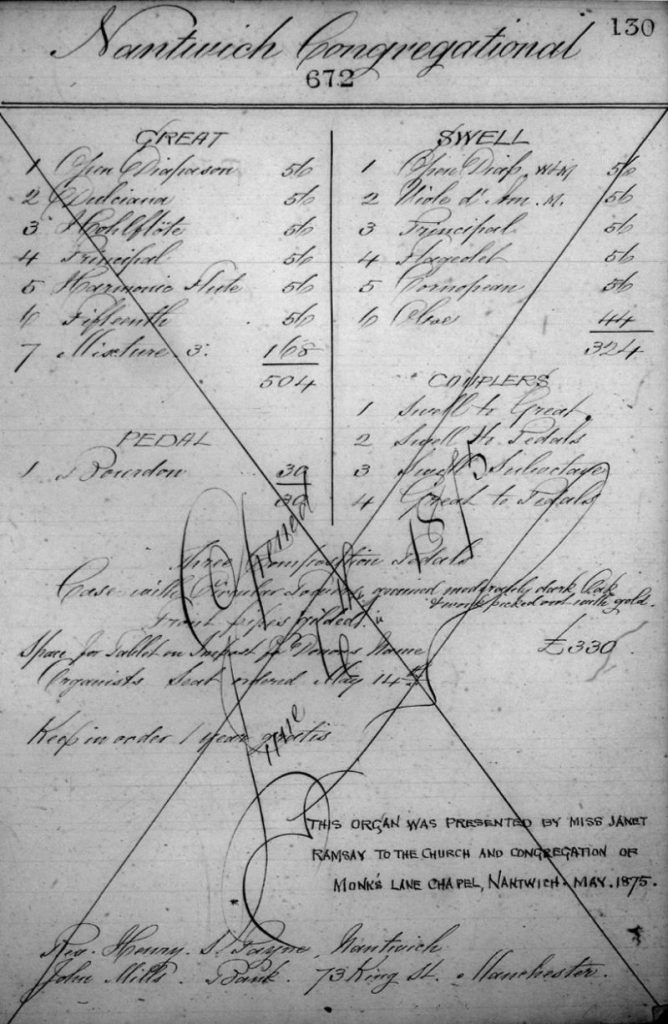 James Hall says the cost was nearly £400 – it is likely that there were substantial building works required to install this organ.

A Sunday School building was authorised in May 1884, which was constructed adjacent to the chapel on Monks Lane. This building was not completed until 1903.

In 1890, the interior of the chapel was redecorated and new pews were added at a cost of £350.

On 1 April 1904 a new Sunday School was opened adjacent to the chapel: 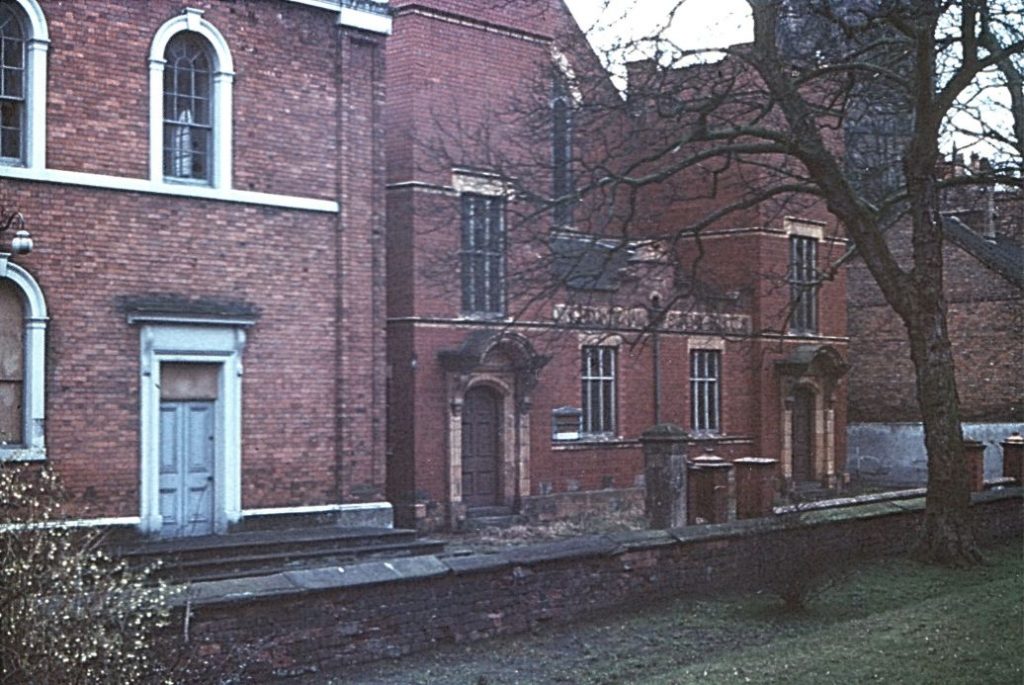 The chapel suffered form dry rot in the 1970s and closed. In 1983 the building was converted into 4 apartments (with a new wing added, where part of the Sunday school was).

The congregation now meet in the United Reformed Church on Market Street, Nantwich.